The Hamilton History Centre holds an extensive collection of copies of original and transcript records from the various churches and schools, including marriage and burial records as well as school pupil lists.

Marriage records vary in format and in the information included. Our collections have been painstakingly transcribed from the original Church records and may include details such as the bride and groom’s names, ages (and possibly dates of birth), birthplaces, residences, occupations, date and location of the marriage, names of witnesses, condition (bachelor, spinster, widow, or widower), parents’ names, parents’ occupations, and the name of the officiant.

Marriage transcripts held by the Hamilton History Centre include:

For an example of what may be contained in these records, please click this image: 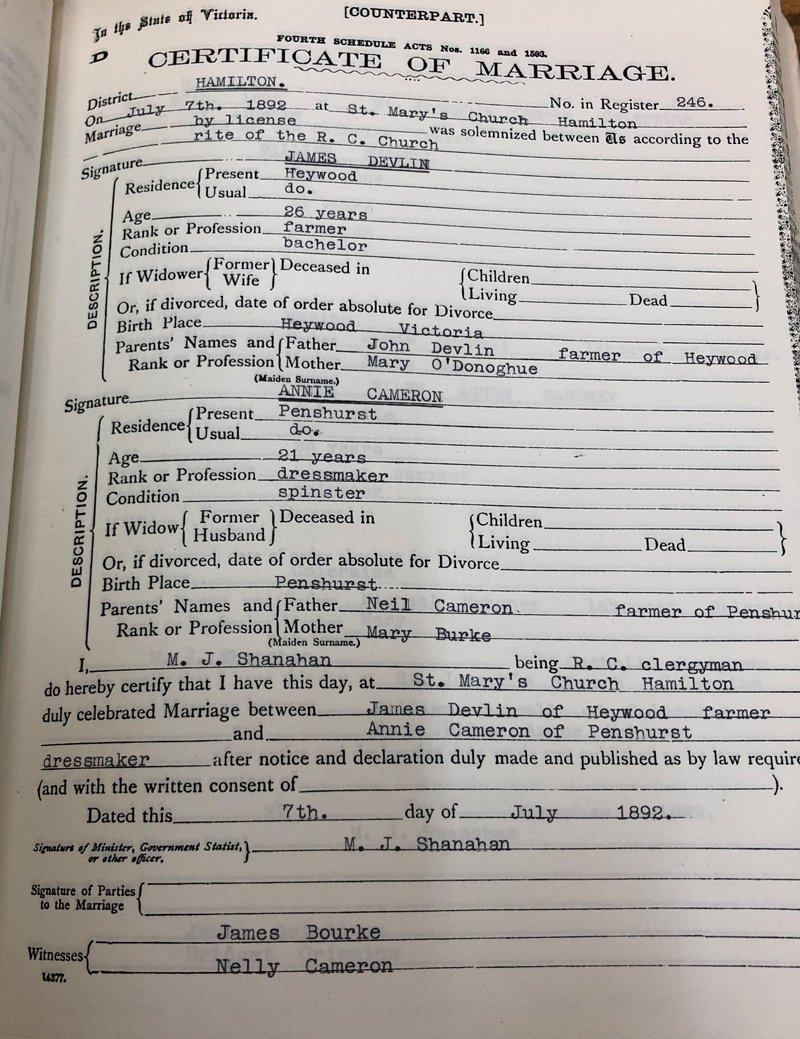 Photocopies of these marriage records are available for purchase.

The Church of England and the Presbyterian Church in Gray Street, Hamilton, 1930